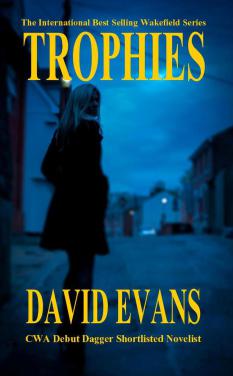 When DI Colin Strong arrests a suspect on suspicion of handling stolen goods he’s convinced he’s heard their voice before. Nearly 25 years ago the tape of Wearside Jack taunted West Yorkshire Police and his suspect fits the profile.

Then the body of a known burglar shows up and a mysterious metal case is discovered at the scene.

Strong turns to his close friend, journalist Bob Souter, and embarks on an awkward alliance to probe areas he is unable to explore.

As the murder suspects start to disappear Strong must discover just who is the shadowy figure inciting fear and panic amongst those he encounters.

Strong wants to bring a murderer to justice and Souter is hungry for a story.

Who will get to the truth first and can their friendship remain intact?

Trophies is the first book in The Wakefield Series and is available now in ebook and paperback formats. 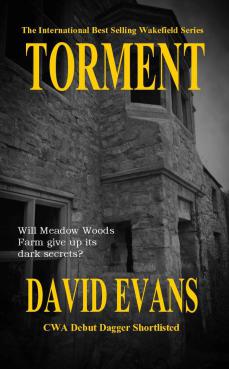 A message left in error on a young woman's answerphone is the catalyst for uncovering some dark deeds. Three young women are missing; luxury cars are being stolen; and just what did happen to two young schoolgirls missing since the 1980s? Strong and Souter are drawn into murky and dangerous worlds.

Torment is the second book in The Wakefield Series and is available now in ebook and paperback formats. 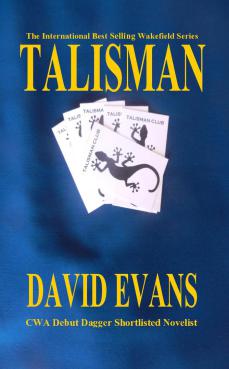 A prominent business lawyer found naked and shackled to a frame after a house fire; a body, lying in a bath for over a year; rumours of bribery and corruption regarding a proposed commercial development. Are they connected? And if so, how? Strong and Souter put themselves in danger yet again.

Talisman is the third book in The Wakefield Series and is available now in ebook and paperback formats. 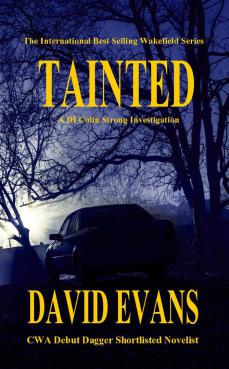 A botched attempt to extort money has tragic consequences.

An embarrassing DNA match to an unsolved rape and murder twenty years before means DI Colin Strong has to use his best diplomatic tactics.

Simultaneously, journalist Bob Souter is tasked with writing about that same case to re-focus public attention. Will the newspaper's actions help or hinder the police? 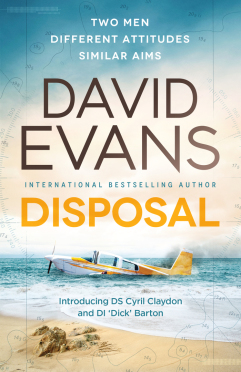 The first in The Tendring Series.

August 1976 and it seems as though the long hot summer will never end. Early morning at Clacton on the north Essex coast, a light aircraft takes off from the airstrip but struggles for height and crashes into the sea. First on the scene, Sgt Cyril Claydon pulls the pilot’s body from the wreckage. But something else catches his eye. A bulky package wrapped in black plastic is on the passenger seat. Returning to investigate, he makes a grim discovery – another body. And so begins a series of events that puts him and others in danger as he is drawn into the investigation, having to work alongside DI ‘Dick’ Barton, a man with totally alien attitudes.

Can they work together?

Disposal is available now in ebook and paperback formats at: 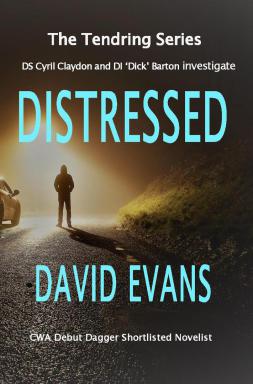 Book 2 of The Tendring Series.

1977. Clacton on the north Essex coast. Despite previous friction between them, DS Cyril Claydon can’t believe his DI, John ‘Dick’ Barton, is involved in a murder, despite evidence linking him to the victim and the crime scene. When Barton is the last person to visit his old boss in hospital before he too dies in mysterious circumstances, Cyril and Barton wonder if there is some sort of vendetta going on.

The complicated entanglement of an old crime with suspected rule bending and a new killer on the loose, means Cyril and the team have their work cut out to get to the truth.

Distressed is available now at:

HOW TO WRITE A CHILLER THRILLER by Sally Spedding 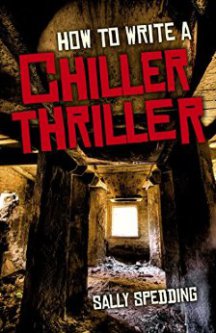