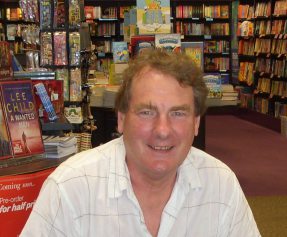 My interest in writing goes back to my schooldays. However, it wasn't until I attended Creative Writing nightclasses over twenty years ago that I began to pursue my love of writing.  It took two years to produce the first draft of that first book. After initial approaches to agents and publishers, it languished in a drawer for several years before I discovered writers' conferences. That was like someone opening the blinds of a darkened room! The book was re-drafted and I began to acquire the knowledge and skills necessary to prepare the manuscript for submissions. But like everything in this sphere, things are so subjective.

In 2012, I finally gave up a successful career as a professional in the construction industry to try and achieve my aims of publishing my book.

In May 2012, I self-published a version of Trophies. The following year (2013) I gained a terrific boost with the follow-up novel, Torment, being short-listed for the prestigious CWA Debut Dagger. Although I signed a 3 book publishing deal in 2016 for the first three books in the Wakefield Series, I took the decision to regain my rights in 2018 and re-publish all three, TROPHIES, TORMENT and TALISMAN. In 2019, I added book 4 in the Series, TAINTED.

In between times, I published the first book in my Tendring Series, set in and around North Essex in the 1970s with DISPOSAL the first, set in 1976.

The second in this series, DISTRESSED, set in 1977, has also now been published. 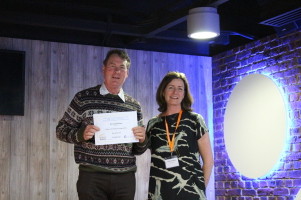 Delighted to have my first foray into TV writing (only briefly) rewarded with 2nd Prize in the Pitch A TV Drama Competition at Winchester in June 2016. Pictured with Judith Heneghan, Director of the Winchester Writers' Festival.

Book 2, DISTRESSED, set in 1977 is available now in paperback and ebook formats.

Book 1 in the series, DISPOSAL is also  available in paperback and ebook formats. 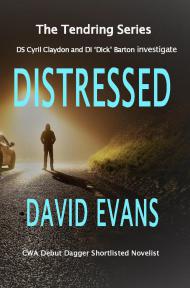 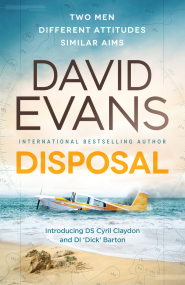 I'm very pleased to announce that all four books in the Wakefield Series are now available in paperback and ebook format. 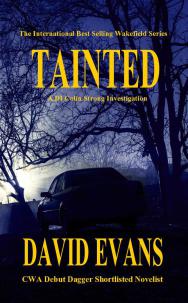